I heard about Ode To My Father film from last one year but I wasn’t able to see it at that time. Soon, I got to know that Bollywood superstar… Read more » 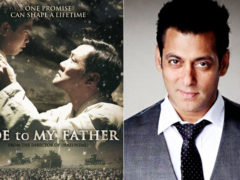 Salman Khan is back with a remake again after the flop affair of Tubelight, which was a remake of Little Boy. Now, he is not remaking a Hollywood film but… Read more »