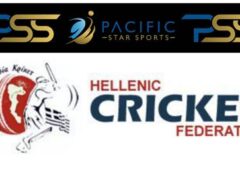 Hellenic Cricket Federation (HCF), a member of the European Cricket Council since 1996 and an Associate ICC Member since 2017, has decided to onboard Pacific Star Sports as the commercial… Read more »

Lords Stadium has witnessed one of the most thrilling matches today, where India was battling it out against England Cricket Team. It was the final match and England put all… Read more »

India Vs England is the most trending topic of the day. It is a Sunday and the best day to watch a world cup final between these two teams. England… Read more »

Former skipper Ravi Shastri has been appointed as head coach of the Indian cricket team until the end of the 2019 ICC World Cup, Times of India reported. Shastri was… Read more »