I heard about Ode To My Father film from last one year but I wasn’t able to see it at that time. Soon, I got to know that Bollywood superstar Salman Khan is curious to do a Hindi film Bharat, which is inspired by Ode To My Father. That’s when I decided to watch this film. 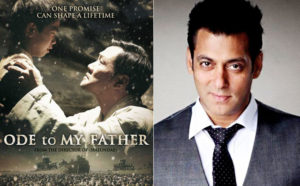 After months of searching on Internet, I finally found this film and have seen with English Subtitle. As it is a South-Korean film and that’s why I had no other option to understand the language of this film. After I watched the film, I realized that it is one of the best films that I have ever seen from World Cinema, especially from South Korea.

It is the second biggest blockbuster South Korean film, which is being made with an 83 crores ($13.1 million) budget and earned 667 crores ($ 105 million). This film stars Hwang Jung-min and Yunjin Kim in key roles, which is being directed by Yoon Je-kyoon. 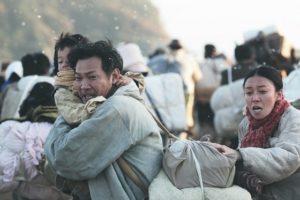 The story of this film talks about an ordinary man and his extraordinary life for over 70 years of his journey. In 1950 during Korean War, his father and sister get lost in the herds and he is survived by his mother, younger brother and sister. His father told him in the childhood itself that I may not be there in this family than it is your responsibility to take care of your family as a head. He followed the principles of his father but he still couldn’t find his father and sister for over 20 years.

Even during his studies time, he hardly has money to study. He even stopped pursuing his dream job as a Captian in a Ship and he had given all his life to his extended family. He went to Seoul once to know whereabouts her sister, whom he had lost in the child during Korean war 1950. After several attempts, he finally found her sister, who wasn’t dead but being rescued by an American people in Korea.

This film is an emotional journey of an ordinary man, who fights against-all-odds to fulfill dreams of his brother and sister and earn a livelihood for the family. There are many emotional scenes in this film, which will melt your heart and you will cry for few minutes. The moment when he finds her sister in Seoul is the most emotional moment in this film.

This film talks about how war has changed the life of people in Korea. The editing and cinematography work is top-notch in this film. Apart from that the production design of this film is convincing. This film shows the different phase of Hwang Jung-min life from Childhood till old.

Altogether, it is a must watch film for all the cinema lovers. I am sure that Salman Khan will justify his role in Ode To My Father remake in Hindi as Bharat. I rate Ode To My Father as 5 out of 5 stars without a single doubt.