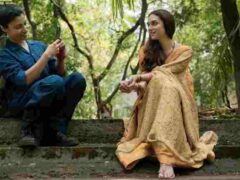 Ajeeb Daastaans is the latest Hindi anthology film that released on Netflix on April 16, 2021. The screentime of this film is around 2 hours 22 minutes overall. There are… Read more »

Sonu Ke Titu Ki Sweety movie, which released on this Friday, is all set to become a superhit film. Made with around 25 to 30 crores budget, this romantic-drama has… Read more »

Sonu Ke Titu Ki Sweety has opened at this Friday in a big way at the box office. The positive vibe around this film is taking its audience occupancy to… Read more »