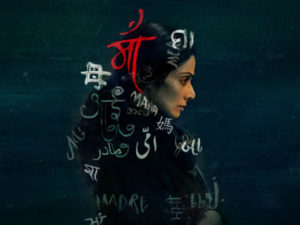 One Day Sridevi aka Devaki elder daughter Sajal Ali aka Arya goes for a party with friends. But she never returns and that’s when starts the struggle of Devaki to find her missing daughter. She goes a legal way but due to minimal evidence, the justice didn’t serve for her. It is when she thought of taking things in her own hand and met a local detective Nawazuddin Siddiqui aka Dayashankar Kapoor or DK. Due to the help of DK, Sridevi tries to find the whereabouts of her daughter. Soon Akshaye Khanna comes into the picture, who is essaying the role of Crime Branch Officer Mathew Francis. Will Sridevi finds her daughter or the perpetrators is what leads to the story till the end.

You can’t doubt the music department if it has AR Rahman on the chair. He did his best to give a feel to the movie and the music is certainly appealing. Songs like O Sona Tere Liye and Chal Kahin Door will stir your soul.

Cinematographer Anay Goswamy has done his part brilliantly to evoke emotions and fear with his frames. That are certain scenes which seem surrealistic and he has created a whole different world with the moving frames. It is Ravi Udyawar’s first Bollywood movie and I can clearly say that he has impressed us with his movie.

Final Word: A must watch the film for all the cine goers who want to see something different in Bollywood movies.