Zaira Wasim starring film Secret Superstar has completed seven days at the box office. Started with a good start at the silver screen, this film has failed to live up to the expectations in the weekdays. 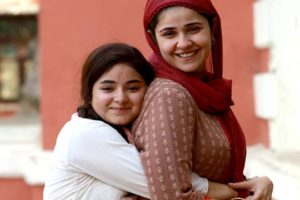 In this film, Aamir Khan has essayed the role of a Music Composer Shakti Kumar. His role was inspired by Music Composers Nadeem and Anu Malik. This film also stars Meher Vij and Tirth Sharma in key roles.

Altogether, Secret Superstar is one of the most sensitive films of 2017.