Narthan has surprised the fans by giving a big hit Mufti in 2017 and now he is planning something big with none other than current Indian sensation and Kannada Superstar Yash. As per a latest interview, Narthan spills the bean about working with KGF star.

As per IBTimes report, “I am in talks with Yash for two years now, but the time for the movie launch is not fixed yet. It will be announced once everything is finalised.” 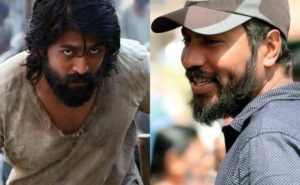 Well, Yash is currently at the peak of his career and it is important that he do a big film after KGF 2. And, Narthan is the perfect choice for him but we also know that Yash will get a flurry of offers after KGF 2 success.

Meanwhile, Yash is having a good time at home with his wife Radhika Pandit and two kids. We just hope that, this lockdown ends soon and we see Yash doing another big film.