Pratyush Upadhyay, owner of Mumbai based production house, recently announced a movie on Corona pandemic. He has already started its pre-production as the story line is being developed. Lead actress has been finalised and casting for other roles is under process.
Bollywood Actress Nikita Rawal has been finalised to play the lead character. She is going to play a reporter in this movie. 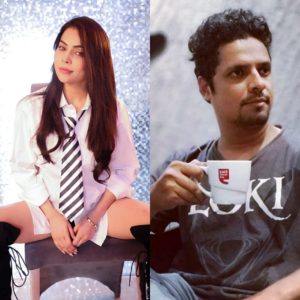 Nikita Rawal is a well known face in Bollywood and South industry . Nikita Rawal has done 1478 live shows and has represented India on different international platforms also is an active participant in politics and social service. She was seen in Garam masala starring Akshay Kumar and John Abraham,  Mr.Black And White with Arshad Warsi and Sunil Shetty , Happy Birthday , Amma Ki Boli , Cute Kamina and more.

Speaking to Nikita about the movie, she chose not to speak much about the story but told us that this concept is going to be one of its kind and will unearth lot of dark secrets about Corona pandemic, its causes and its after effects. She promises this movie a totally commercial movie based on truth and real events.

The whole pre-production team of this project is working from home and they are connected through video conferencing. As the lockdown is lifted and things become normal, the other work will start. Shoot dates can not be announced as it will depend on the situation and directive of government regarding the permission of shoot.