Ajay Devgn’s Raid film is doing stable earning in the weekdays and it slowly inching towards 100 crores mark. In 12 days, Raid movie has crossed over 84 crores and will end this week over 88 crores. 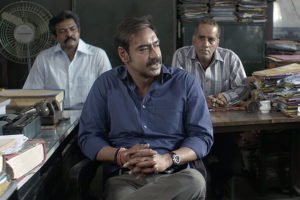 Directed by Raj Kumar Gupta, Raid movie has surprised the audience with its strong performances and story. The only drawback with this film, was its music part but apart from that, it was a worth watchable movie. This film is based on the real life incident, that took place in 1981 in Uttar Pradesh.

The director has made sure that everything looks real on screen and that’s the USP of this film. Ajay’s character as an Income Tax officer looks believable and that’s why this film is turning to be a big hit.

Altogether, Raid is a gem of a film and a must watch film to all the cine lovers.