Bollywood’s self proclaimed critic Kamaal Rashid Khan aka Brand KRK is currently in the doldrum situation as Mumbai Civil Court has restricted him to speak anything against Salman Khan untill the judgement in this case. This led KRK furious and now he is in a mood to challenge the case in higher court. 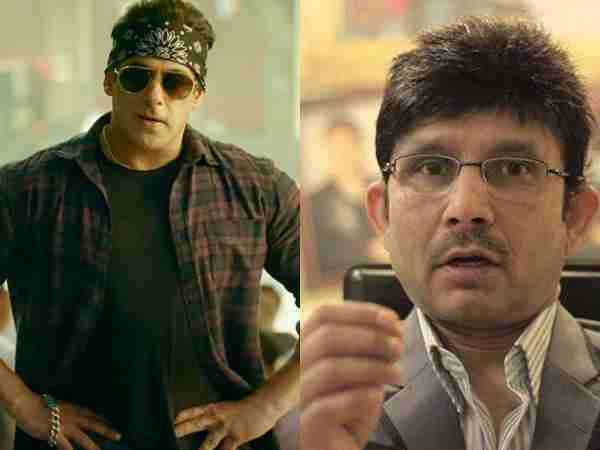 Earlier on June 23, Mumbai Civil court finds that in the pretext of reviewing Salman Khan films, KRK is targeting him personally. If he continues the same, it will impact Salman Khan’s image in a bad way. Thus, Mumbai Court restricted KRK to speak or write anything against Bollywood superstar Salman Khan.

This made KRK furious and he wrote on twitter by saying, “I just want to inform media that I haven’t received court order copy till now. But if the order will be unsatisfactory, then I will go to High Court and even supreme Court. I will fight to protect my rights of freedom of speech. Thanks!”

This means that, KRK is in no mood to stop making videos on Salman Khan in the near future. Still, he will now have to follow the court order to not making comment or videos targeting Salman Khan.

In the last few years, KRK has made a series of videos on Salman Khan and his family. He even term Salman as a thief and with few other names. He even says now Salman is Daddu. He did almost everything to defame Salman Khan. This is what led Salman Khan to file a defamation case against KRK in May 2021.

Altogether, KRK mostly make Salman videos and it works on his YouTube channel and other social media platforms. Now it would be interesting to see how KRK will make another video on Salman Khan as court didn’t allowed him at all.