Comedian Kapil Sharma and his creative director Preeti Simoes know each other from last few years. She was the one, who has always stood for Kapil Sharma in good and hard days. She recently left The Kapil Sharma Show and started Drama Company along with Kapil’s rival friend Krushna Abhishek. It was also reported that Kapil’s ex-girlfriend Preeti Simoes is the reason behind Kapil Sharma’s show going off the air. At the latest, Kapil Sharma clears the air about this news. 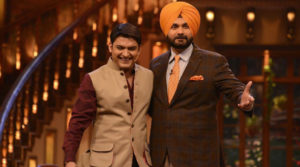 While talking to Mumbai Mirror, Kapil Sharma said, “I have never asked anybody to leave me, my team or my show. There are no hard feelings from my end (for Preeti). When Sunil left the show, I advised him to stay on, saying we are stronger together. But he wanted his own show and I understood that because even I have fought for my own show. When he came back, I welcomed him because I have always believed we must work with the best to learn more and work better. If anyone else wants to come back, I will be more than happy to welcome them back. Long before she (Preeti) joined me, I was doing Comedy Circus and Laughter Challenge. I worked really hard. It didn’t stop with her coming into my life or when she walked out. I would like to wish her all the best with her own show now. Personal equations have never been detrimental to my career, it’s my health that has affected me adversely. If you fall, it’s your fault and nobody else’s.”

Altogether, Kapil Sharma has cleared that it was his health that has led to the halt of The Kapil Sharma Show.