Shah Rukh Khan, Salman Khan and Aamir Khan have ruled Bollywood for around 30 years but looks like their position is in danger now because of their flop movies in recent years. And on the other hand, Ajay Devgn and Akshay Kumar are gaining immense popularity across the globe and even getting political support to brighten up their image in public eyes. 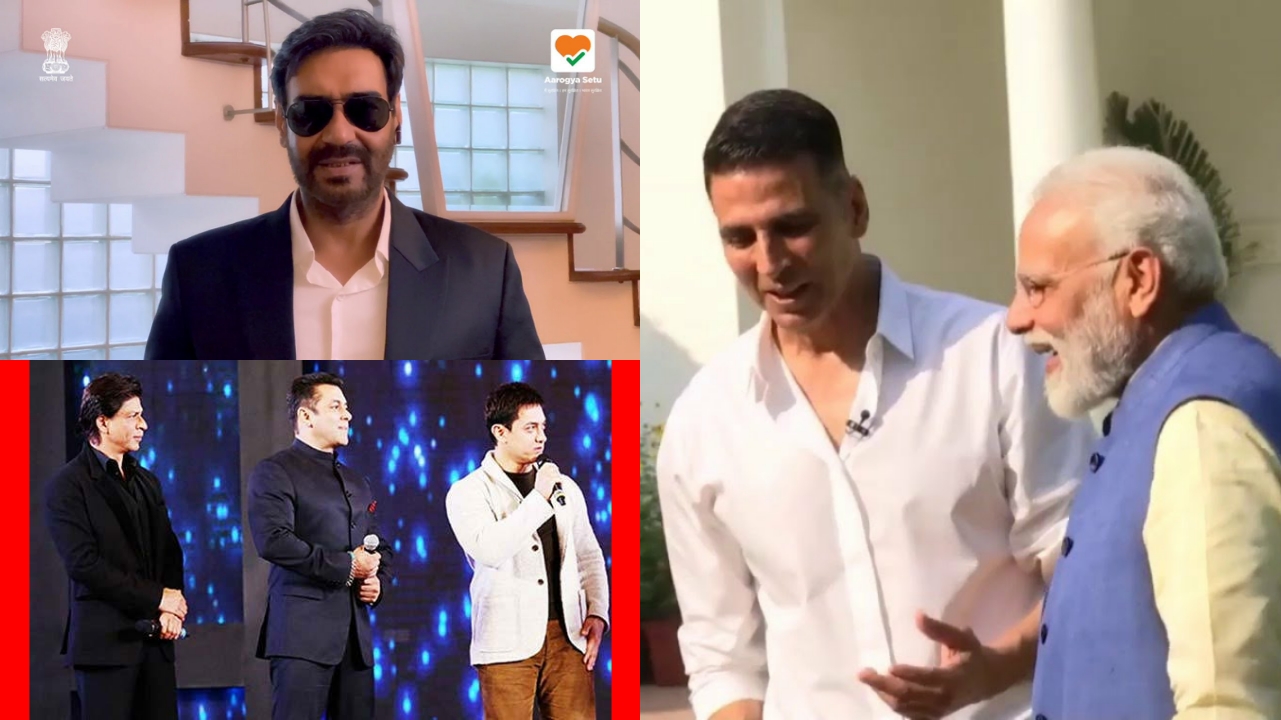 Patriotism sells and that’s clearly visible in today’s scenario. In last five years Akshay Kumar did a number of patriotic and social awareness movies like Padman, Toilet Ek Prem Katha, Gold, Kesari, Mission Mangal and many others. Even, Ajay Devgn did Tanhaji and is set to produce a movie on Galwan Valley incident. Both these actors are selling patriotism through movies and public is loving them.

On the other hand, SRK lost his glory after Dilwale, Fan and Zero, the dead end. After Dangal, Aamir too lost its track and gave Thugs Of Hindostan. Salman’s last clear big hit was Tiger Zinda Hai and since than Race 3, Bharat were not up to the mark. In sort, it is clear that, Ajay and Akshay movies are doing far better than Khans.

May be that’s the reason why Modi let BJP government are using Akshay Kumar and Ajay Devgn face to promote their agenda. Akshay took Narendra Modi exclusive interview and he is keep doing government affiliated ads. On the other hand, Ajay Devgn now looks like politically inclined and did Arogya Setu app.

Why Khans are being ignored by government to promote their agendas and propoganda? May be Khans are loosing the battle at the box office and even in popularity!