One of the biggest stars of India is Prabhas and his 20th film first look is out now. His next film has been titled as Radhe Shyam and it will hit the silver screen in 2021. 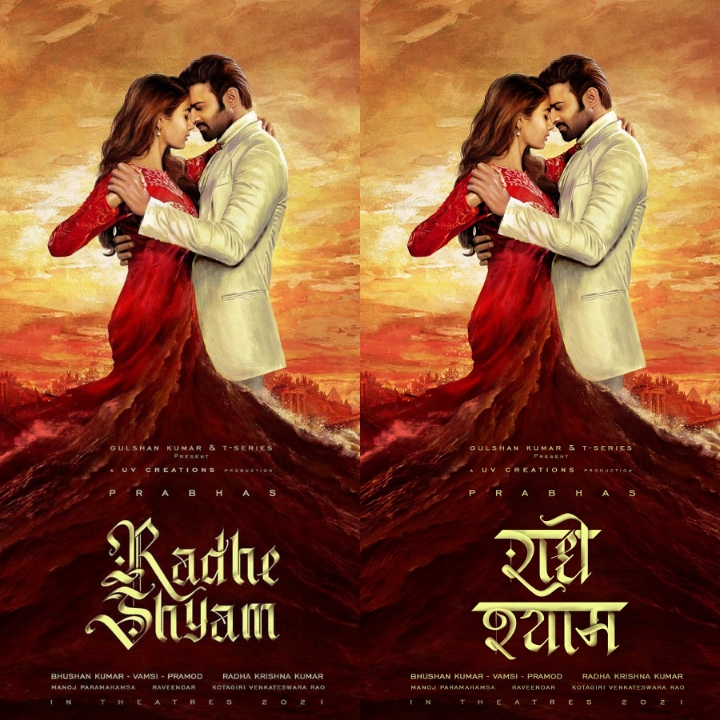 Prabhas, who was last seen in Saaho, is all set to charm us with a new film Radhe Shyam. The film is directed by Radhe Krishna Kumar and produced by Vamsi, Pramod and Bhushan Kumar.

Prabhas latest film will be released in Tamil, Telugu, Malayalam and Hindi. After Baahubali series, Prabhas is a national hero and getting big films into the platter. Even, Saaho was made with a budget of 300 crores plus.

The movie has been into pipeline for over few years and now this news will definitely make fans happy in a big way. Though the budget of the film is not yet revealed but it would definitely be around 180 to 200 crores.

Talking about the Radhe Shyam poster, Prabhas and Pooja looks ethereal in the dark red background. It is definitely a love story but no more details has been revealed. Fans would love to see Prabhas in a romantic film after a long time.