Akshay Kumar’s Toilet Ek Prem Katha is about to release in another few weeks time. So the promotions are going on in a full swing. At the latest, Akshay Kumar reveals that he wished to show this film to the honorable Prime Minister Of India, Narendra Modi. 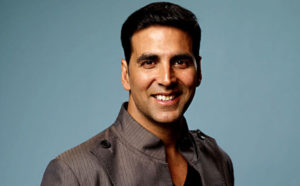 When asked about the same, he said, “I’d love to but he looks after the whole country which is more important than watching a film.” Directed by Shree Narayan Singh, the film also stars actors like Bhumi Pednekar, Sana Khan, Anupam Kher and Divyendu Sharma in titular roles.

When asked about why he chooses films like Toilet and Padman, he asserted, ““I have a wife, a mother, a sister, a mother-in-law and a daughter. We stay together. So I am surrounded by women. Padman speaks about sanitary pads which is a huge tabooed subject. It’s a very sad thing that 91 percent of Indian women are unable to use sanitary pads as they can’t afford it.”

On the other hand, Bhumi is excited to be a part of Toilet Ek Prem Katha. She said, “I feel extremely lucky. You don’t always get such opportunities. I have grown up in a very socially aware environment. From a very young age we were taught our responsibilities towards our society and country. So I naturally have this affinity to choose films which are entertaining and at the same time have a message, leaves some sort of an impact on the society. I just want to thank the makers of the film for taking me in it.”

Helmed by Shree Narayan Singh, Toilet Ek Prem Katha is slated to release on August 11, 2017. The film will not face any clash and that means it will certainly turn into a hit movie.

What are your thoughts about Toilet Ek Prem Katha movie? do let us know in the comments.