Akshay Kumar, who is an active socialist, has again come forward to teach lessons on waste-management to BMC marshals. Akshay, who was recently made the face of BMC, has started an initiative to teach BMC clean-up marshals about the waste management in Mumbai city. 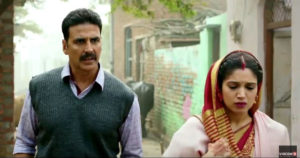 According to a source, “It was Akshay’s idea to get the clean-up marshals of the city together. They understand the city’s inherent issues. He is hosting an event today (July 27) to honor their contribution in keeping Mumbai moving seamlessly. A representative from each ward in the city will be present at the event. Post that, the actor and his team will work with counselors and BMC officials in teaching slum dwellers not to dump garbage into the drains and even educate them about waste management.”

Altogether, Akshay Kumar is promoting his next in a brilliant way.