Comedian Kapil Sharma has made a name for himself in the entertainment world in India. He started his struggling journey in 2006 with Hasde Hasande Ravo show in Punjab and then he entered The Great Indian Laughter Challenge – Season 3. He won the show and soon he started getting roles. He worked even in Comedy Circus to make a name for himself. He shot to fame when he started Comedy Nights with Kapil show and then The Kapil Sharma Show. But, in last 2 years, he has done three mistakes that have cost him almost his career. 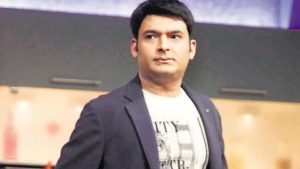 Read also: Does The Kapil Sharma Show Come Back In February 2018 Without Sunil Grover? 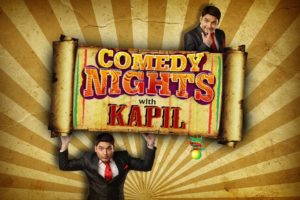 His home production show Comedy Nights with Kapil use to air on Colors TV from 2013 to 2016. In 2016, he had some problem with the channel, which didn’t get disclosed. Soon, he left that show and started The Kapil Sharma Show on Sony Channel In April 2016. He was lucky that nearly all his fellow comedians didn’t leave him on this journey and come on board with The Kapil Sharma Show. 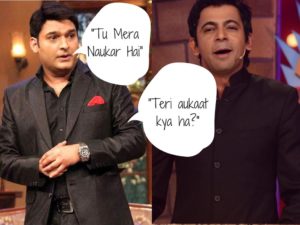 This is an infamous fight which occurred in March 2017, when Kapil and Sunil Grover were returning from Australia. It was then, Kapil had a verbal fight with Sunil in the airplane. Though Sunil and Kapil haven’t detailed this incident to the public as per rumor it was a serious fight. Soon, Sunil Grover has left The Kapil Sharma Show along with Ali Asgar, Chandan Prabhakar, and Sugandha Mishra. Afte that, Kapil Sharma was seen in the negative limelight and it cost the show a lot. The show has lost its potential audience and TRP dropped down miserably. The Kapil Sharma Show finally out of the air from August 2017. 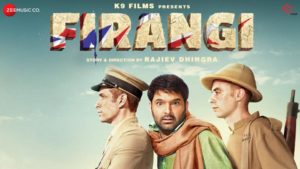 Firangi is by far the biggest blunder by Kapil Sharma. He is the main producer of Firangi and he had lost almost 20 crores in the film. As Firangi made with a budget of over 30 crores and it raked somewhere around 10 crores at the box office. The audience didn’t like this film as it wasn’t a well-made film. It got a low rating from the Bollywood critics.

So, these three mistakes have cost Kapil Sharma a lot in last 2 years. Interestingly, he will come up with a new comedy show next year. Hope, he comes back soon in a full form.