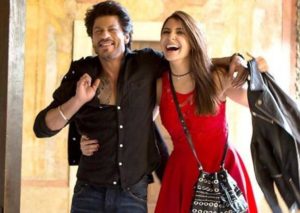 Raees has collected over 9 crores in the Advance Booking and paid previews. And that time, Raees was also facing a clash with Hrithik Roshan’s Kaabil. So in that situation too, if Raees able to earn 9 crores from advance booking than it will certainly cross over 15 crores in solo Jab Harry Met Sejal release.

Not only Jab Harry Met Sejal will break the record of Raees advance booking but it will also shatter the first-day record. Raees has collected 20.42 crores at the box office with a clash, so this time he has no such problems. This clearly suggests that due to the addition of advance booking and paid previews, the first-day collection of Jab Harry Met Sejal will be over 30 crores. If the film is able to deliver such a start then it will cross 100 crores with in 5 days.

Directed by Imtiaz Ali, the film is a tour guide and a female lawyer, who has lost her ring in Europe. The film is a romantic drama with full of pain and suffering. So, the audience will definitely appreciate the film in a big way.

Altogether, the collections will definitely rock this time and Jab Harry Met Sejal will surely turn out a major hit.

What are your thoughts about Jab Harry Met Sejal advance booking? do let us know in the comments.

Watch also: Vidyut Jammwal Will Next Be Seen In Junglee Directed By Hollywood Director Chuck Russell