It’s been one of the roller coaster ride for both Prabhas and Yash in the last few years. Both the superstars have given pan India hit films like Baahubali series and KGF Chapter series. Well, its a great occasion on January 15, 2021 as both Prabhas and Yash come together to the launch of Salaar Muhurat shot. Yash is the chief guest on this Salaar launch. 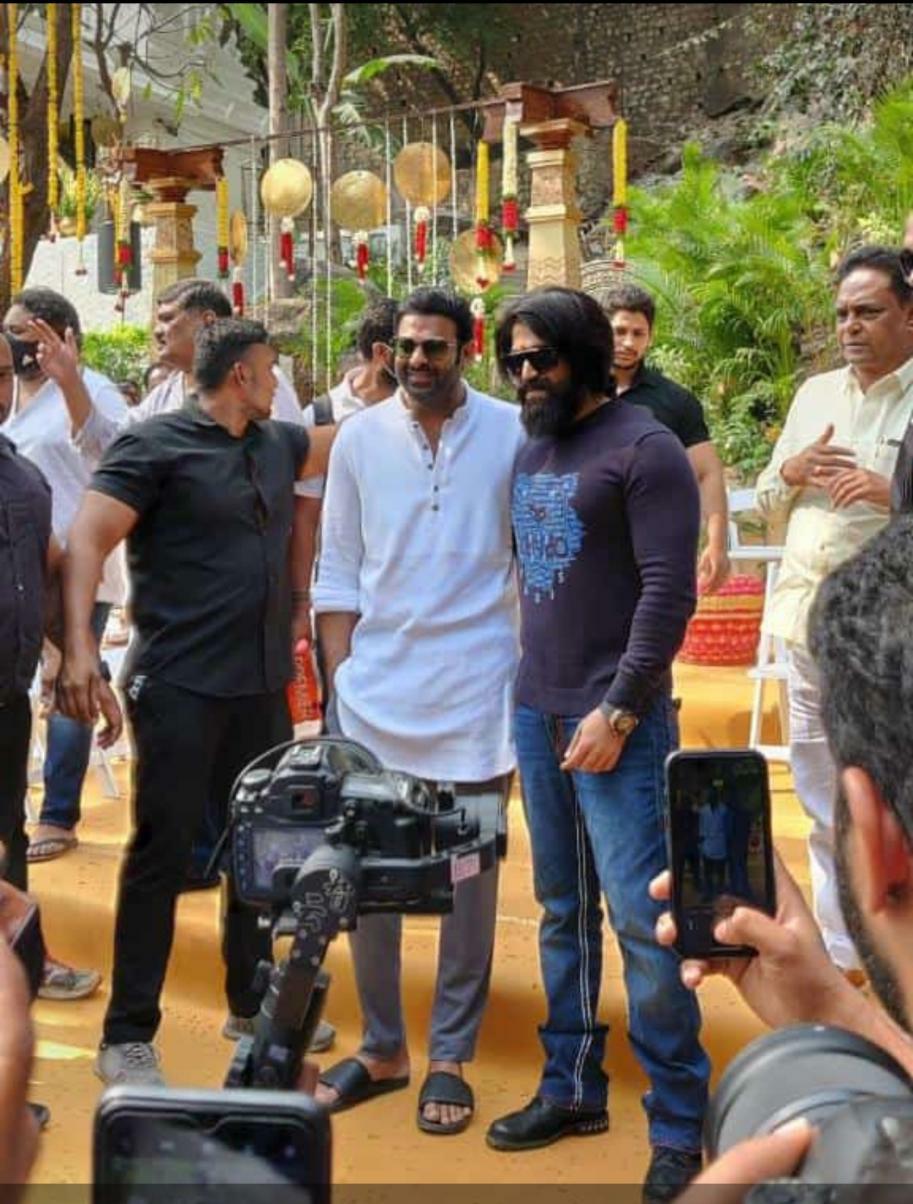 After Baahubali and Saaho, Prabhas is all set to kickstart another movie Salaar. On January 15, Salaar team has done a Pooja ceremony in Hyderabad along with Yash, SS Rajamouli and many others.

On this occasion, Vijay Kirgandur of Hombale Films also present. He is the who produced KGF series and now investing his heart and soul in Salaar. This Salaar movie to be released in Kannada, Tamil, Telugu and Hindi version.

The shooting of this film will be kickstarted in Hyderabad itself from last week of January. It is being reported that Prabhas has bulked up his body for this crazy thriller movie.

Thw budget of Salaar movie hasn’t been revealed yet but it would reportedly be over 180 to 200 crores easily. This is one of the big project that has been announced last year in 2020. The makers are planning to wrap up the shooting by the end of 2021 and set to release the film in early 2021. Salaar movie will be helmed by KGF Chapter 1 and 2 fame Prashant Neel.