The Big Bull is the latest Bollywood movie that released on OTT platform Disney Plus Hotstar on April 8, 2021. It was premiered for public at around 7.30 pm. The screentime of this movie is around 2 hours 33 minutes. 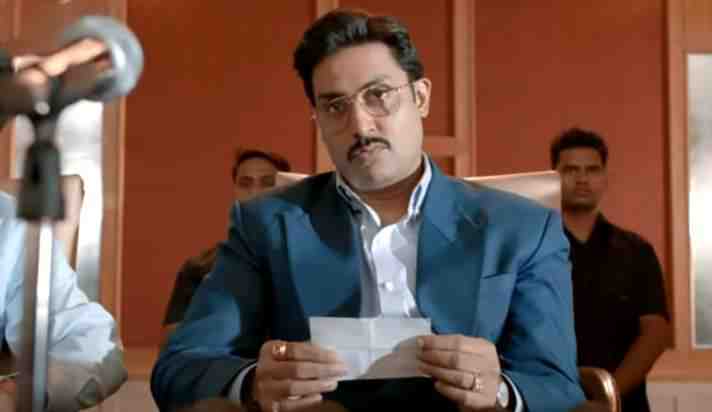 The film story is based on one of India’s biggest scamster late Harshad Mehta. In this film, Abhishek Bachchan has essayed the role of Hemant Shah which has been inspired by Harshad Mehta. His brother Viren Shah role has been played by Sohum Shah. So, Hemant is Mumbai based person who does small jobs and lives a common life. One fine day, someone told him about doing business in Stock Market and earning big money. This is what shaped the life of Hemant to a new direction. He left his job and wants to be a millionaire by any means possible. He is being helped by his brother, wife and mother to fulfill his dream to be India’s richest person. People even compare him to Amitabh Bachchan of Stock Market and they gave him a nickname The Big Bull. News Anchor Ileana D’cruz aka Meera Rao find something is wrong in trade market and starts pointing fingers on Hemant’s rags to richest story through stock market. Later, she understands that Hemant Shah did insider trading and even invested banks money in Stock market for his own profit. That’s where the life of Hemant Shah falling apart and what’s turns next is what you need to watch in this film.

Bollywood Crazies Opinion: It is kind of a biography of Late Harshad Mehta, portrayed by Abhishek Bachchan in this film. Many have already watched Sony Liv’s webseries Scam 1992 featuring Pratik Gandhi. People did loved the webseries and many are even comparing it with Abhishek’s latest film. Let me be pretty clear, The Big Bull isn’t a bad film at all and if you invest your time, you will definitely like it. The only drawback you might feel that you have already seen the whole story and you are watching it again as a movie. Still, if we loved Laxmii movie, than we can easily love The Big Bull. Honestly, The Big Bull is a good attempt by the director Kookie Gulati and Abhishek as a convincing actor. Abhishek did his best in Hemant’s role and I liked his nuances and dialogue delivery. Ileana did leave some impact but its overall Abhishek’s show. Sohum could have been more useful still not a bad performance.

The Big Bull movie has been directed by Kookie Gulati. He also did the screenplay and written the film along with Arjun Dhawan. The cinematography has been done by Vishnu Rao, and editing handled by Dharmendra Sharma. The musical score given by Sandeep Sirodkar. This film has been produced by Ajay Devgn FFilms and Anand Pandit Motion Pictures.

The Big Bull Budget hasn’t been revealed yet but it would reportedly be in a range of 40 to 45 crores maximum. As the makers did spend a lot of money to recreate old Bombay in production and design.

Altogether, The Big Bull is a honest attempt and an interesting story that is relevant to today’s audience. The story and dialogues are some of the strong point of this film along with Abhishek performance.

Last word: Watch it for Abhishek Bachchan. Also watch it for director Kookie Gulati and his apt story.