Ted Talks is an international show, where speakers from different fields come and share their life journey in front of people. This is for the first time, Ted Talks has tied up with Indian Hindi Channel to come up with a show in Hindi. The first episode of Ted Talks India has already aired and now we clearly know its format. 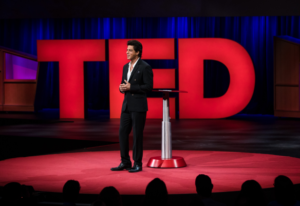 Normally, Indian reality shows are more of drama and less of reality but this show will certainly change that scenario. On the lines of Aamir Khan’s show Satyamev Jayate, this show will also inspire people by the people, who made it big in their life. Ted Talks India is a show where 6 contestants are allowed per episode. These 6 contestants have 5-6 minutes to share their journey or tell about their achievements. It is an inspiring show which is being hosted by Bollywood Superstar Shah Rukh Khan.

This show will witness important people from different fields, Ekta Kapoor, Rekha Bharadwaj, Atul Khatri, Sundar Pichai, Karan Johar and many more. This show is not looking for any TRP ratings but to educate people and inspire them.

The first episode was a brilliant one, where 6 contestants talked about their achievements. It is a simple story based show where people will talk about their problems and success. The show will be aired on Every Sunday at 7 pm on Star Plus. Interestingly, we have heard that SRK got over 13 crores per episode to host this show.

Altogether, Ted Talks India is an important reality show which is a must watch for all.