Well, this is a big news coming from the makers of Kedarnath, who have delayed their film to December 21, 2018, release. Earlier, they were planning to release their film in the mid of 2018 but now they opted for the Christmas release date. Well, they will not have a solo release ever as that date was being booked by Shah Rukh Khan’s Dwarf film. 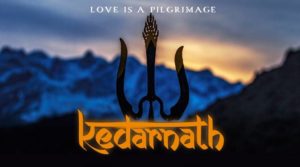 So, it both the films will release on the same day then their collection will be lower their expectations. Well, Kedarnath is not a big film like Shah Rukh Khan’s Dwarf, but they are taking a big risk to release their film along with Dwarf. This is also a debut film for Saif Ali Khan’s daughter Sara Ali Khan, so she must be nervous about this decision.

Even if SRK’s Dwarf will not release on the same date then too Sushant Singh Rajput starrer movie will face a clash. The reason is Kedarnath is not a big movie and the other makers want to cash in their movie on the same date. It is also a Christmas Festival and a new year time, so we couldn’t expect a solo release.

Even there are news that, Hrithik Roshan’s Krrish 4 is set to release on December 25, 2018. So if that will happen then all these three movies will suffer at the box office in terms of collections.