Aamir Khan starring Secret Superstar has completed its extended week at the box office. Released on October 19 on Diwali Festival, this film has impressed the Bollywood critics and cinema audience. 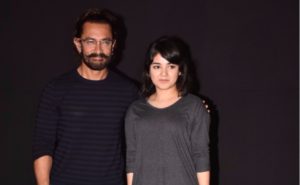 It has released in over 1090 screens in the overseas market. Till now it has collected 25.37 crores. As per Aamir Khan, this film has already collected double than its income at the box office. This film is still facing a big clash at the box office with Ajay Devgn starring movie Golmaal Again.

Altogether, Secret Superstar has done a good business at the box office in its first extended week.