One of the most underrated movies of 2017 is Secret Superstar, which released in India on October 19, 2017, and has collected only 80 crores gross total. Well, no one had ever thought that it will get released in China in just 3 months after its release in India. It not only released in a big way in China but till now it has already crossed 750 crores gross. 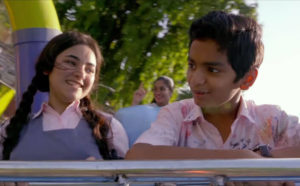 As per the rumours, Secret Superstar has received an extension of one more month in China. That means, Secret Superstar will continue its glorious run in China despite many new releases. This means, it can easily collect another 100 crores or 200 crores in China. It that happened, than this film will cross 1000 crores worldwide.

Directed by Advait Chandan, Secret Superstar will face a stiff clash with Monster Hunt 2 and The Monkey King 3: Kingdom of Women on February 16, 2018 in China. Let’s hope, Aamir Khan starring Secret Superstar survives at the box office in such a situation.