Being a 15 crores budget movie has earned over 500 crores gross collection in China. Yes, we are talking about Aamir Khan’s film Secret Superstar, which is still running strong in the neighboring country. The content of this film is so strong that it makes audience emotional and connected in China. 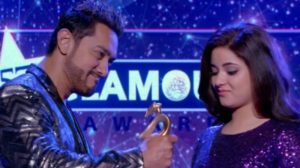 From here on, Secret Superstar may have chances to cross another 200 crores till its last run in China. If that happens then the collections of Aamir’s film in China will be over 700 crores. Currently, Zaira Wasim starring film ranks a number 2 in terms of Bollywood films worldwide collections. The first spot is being held by Dangal, than Baahubali 2 and then PK.

I can say that it is a bright future for Indian films now in China. All we should do is make good films and then release in China, just like Dangal, PK and now Secret Superstar. Directed by Advait Chandan, this film stars Aamir Khan, Zaira Wasim, Meher Vij and Raj Arjun in key roles. Altogether, it is a great movie with a strong performance.