Zaira Wasim starring Secret Superstar is a female-centric drama, which has a lot of emotional value to it. The story is wonderful and that’s what compels to the audience to go and watch this film even in the second weekend. At the latest, the 11th Day audience occupancy report of Morning shows of Secret Superstar is out now. 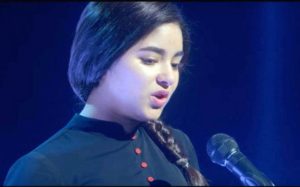 Till now, Secret Superstar has collected over 46 crores in 10 days. And today’s collection will help this movie to rake another 3-4 crore at the box office. So by the end of the second weekend, Secret Superstar could be kissing 160 crores mark at the box office. Released in over 1750 screens in India, this film has been made with a budget of 35 crores, which includes promotions.

Directed by debutant Advait Chandan, this film also stars Aamir Khan, Raj Arjun, Meher Vij in key roles. In this film, Aamir Khan has essayed the role of music composer Shakti Kumar. This film has been appreciated by both Bollywood critics and audience.

Altogether, Secret Superstar seems to end up its lifetime run around 60 crores.