Sanjay Dutt’s life is like an open book as he never hides even his darkest secret in life. And that’s what has been revealed to us with Sanju Trailer, which released on Wednesday (30th May, 2018).

This trailer has many shocking moments, one of where he completely goes nakes infront of police. And the other one is, when Journalist Anushka Sharma asked him about how many women he slept in his life? These moments are enough to tell us about the life of Sanjay Dutt. Another scene where a Bathroom got leaked in Yerwada Jail, where Sanjay Dutt use to say; is so stunning. 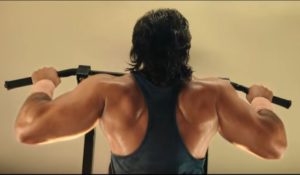 Altogether, Sanju trailer is far good then the expectations. I give it 4.5 stars out of 5 for this. This film also stars Sonam Kapoor, Manisha Koirala, Dia Mirza, Jim Sarbh, Vicky Kaushal and many more.