Bollywood’s Mr. Perfectionist Aamir Khan has once again garnered limelight but this time for a different reason. 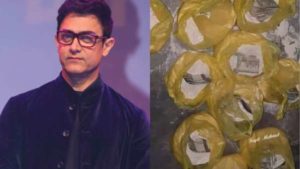 On April 23, A Truck full of with 1 kg wheat packets has reached to one of the local areas of Delhi. The people who were desperately in the need of food has taken the 1 kg packets and was shocked to find Rs. 15000 in it.

Akshay Kumar Is New King Of Advertisement Not SRK Salman Or Aamir Khan!

A Tiktok video surfaces later, which claimed that this kind of help has been done by Aamir Khan. Well, after reading lot of reports around the same topic, Aamir himself denies the report and called it a false.

In a tweet, Aamir Khan mentioned, “Guys, I am not the person putting money in wheat bags. Its either a fake story completely, or Robin Hood doesn’t want to reveal himself! Stay safe. Love. a”

Now, it is crystal clear that the good human being who has distributed this is yet unknown. None the less, his help for the poor will always be remembered in such a crucial time.

On the film front, Aamir Khan will next be seen in Laal Singh Chaddha, which might get release on Christmas 2020.