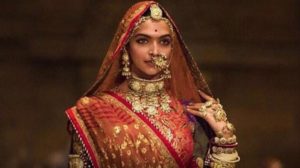 On the second day, Padmaavat morning audience occupancy was 75 to 80 percent. Whereas, the morning audience occupancy of 4th day is 80 percent. The day has started strongly for Padmaavat and it has a good chance to cross another 30 crores mark on its fourth day. The good news is that Padmaavat got released in Goa from Saturday. Apart from that, Bihar and Uttar Pradesh screens have been increased to normal, which will help the collection by the end of 4th day.

As, Padmaavat has no clash at the box office, which means audience have all the time to watch the magnum opus film by Sanjay Leela Bhansali. It is a Bollywood answer to South film Baahubali 2. It has a strong story with beautiful canvas and production value, which makes it an apt choice to watch it on the silver screens.

Made with around 200 crores budget, Padmaavat is sailing towards 200 crores club, which it will achieve by the end of the second week. In the third week, Padmaavat will face a clash with Padman and Aiyaary on February 9, till then it will rule the box office.

Altogether, Padmaavat is a strong content-based film, which is all set to be a box office hit.