Deepak Kalra will be next seen in the film Jai Mummy Di which is releasing on the 17th of january 2020.

In a statement, Deepak said, “I don’t believe in length of the role. If someone offers me a role, I will not deny it and would love to do it. My mother always tells me ki beta koi role chota nahi hota , har role ko aise karo ki wo bada ban jaye .

About his role in the film, Deepak said, “ I am playing the role of a punjabi boy named Gagan Bhatia. I cant really reveal much about the role but yes Gagan is very funny and has a major impact on the climax of the film. 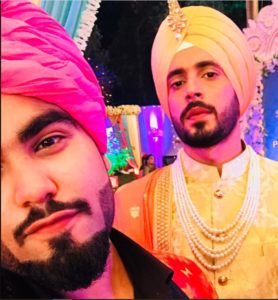 Deepak Kalra has made his own name in the industry. For a Delhi boy who has no godfather in the filmy world, it’s not a cakewalk. He has had his own set of struggles but nothing stopped him from trying. He is an actor, an anchor, a filmmaker and there’s more to it. Well, he is trying to foray into all the aspects of filmmaking and his motto is to keep trying and entertaining his audience.

Deepak made his debut with Pulkit Samrat, Bitto Boss and then there was looking back. You might have also seen doing some crazy public reviews. He believes in growing as an actor and doesn’t go by the length of a role. For him, it’s a chance of showcasing his capabilities as an actor.