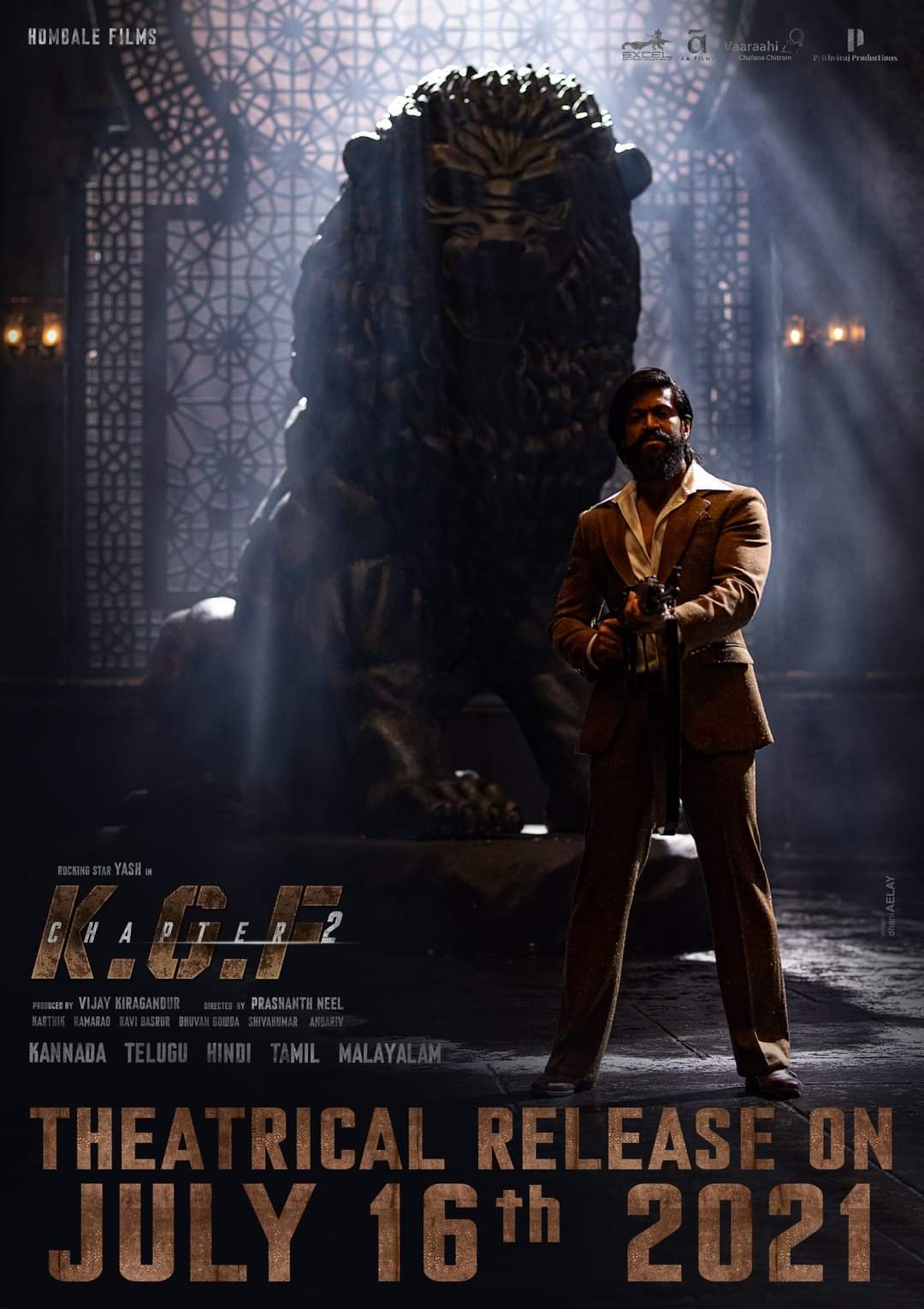 Confirming the same, Nimma Yash tweeted saying, “Fasten your seat belt coz the date is set.. 😎”

On the other hand, the producer of this film Hombale Films tweeted saying, “#KGFChapter2 Worldwide Theatrical Release On July 16th, 2021.
#KGFChapter2onJuly16.”

KGF Chapter 2 budget is reportedly over 200 Crores. In this film, Sanjay Dutt is all set to reprise the role of Adheera, Raveena Tandon to essay the role of Ramika Sen. It also stars Ramika Sen, Prakash Raj and many others.

As per the current buzz, KGF Chapter 2 can become the highest grossing film of 2021. People are coming this film with SS Rajamouli’s RRR.

The earlier version KGF Chapter 1 released on December 21, 2018 and it earned 44 crores nett collections in Hindi and did around 250 crores worldwide. This KGF Chapter 2 will recreate history at the box office.

What are your thoughts about this release date of KGF Chapter 2? Do let us know in the comments.