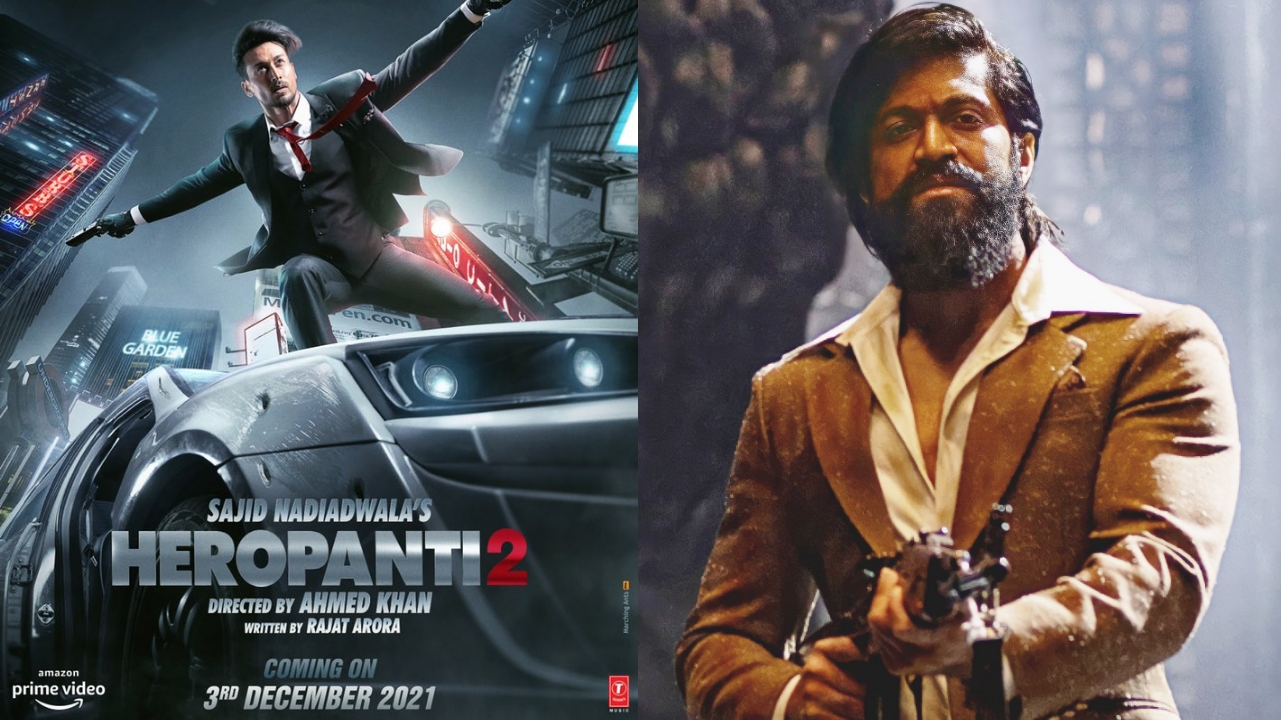 Action hero Tiger Shroff next big film Heropanti is now coming in December 3, 2021. This film will be directed by Ahmed Khan and written by Rajat Arora. Kriti Sanon will essay the main lead Heroine in this action film. Many don’t know that Heropanti is very close to Tiger’s heart as it is his debut film in Bollywood,whoch was released on May 23, 2014.

Earlier, it was confirmed that Heropanti 2 to face a serious clash with Pan India film KGF Chapter 2, which has a massive buzz around. If Heropanti 2 would have sticked to July release than it would have affected its business in a big way. Anyways, the good thing is December 3, 2021 is official now for Heropanti 2, which is being backed by Nadiadwala and Grandson.

On the other hand, KGF Chapter 2 will now officially releasing solo without any clash from Bollywood or Tollywood or Kollywood. KGF Chapter 2 will be releasing in Kannada, Tamil, Telugu, Malayalam and Hindi version. This film stars Rocking Star Yash, Sanjay Dutt, Raveena Tandon and many others in key roles. It is being directed by Ugramm fame Prashanth Neel.

Altogether, this is a good news for both Tiger Shroff and Yash fans that both of their films are not clashing at all in 2021.