A surprise hit song ‘Dream Girl’ by Punjabi singer Nobby Singh is out now. The music video produced by Ziiki Media will take you on a romantic ride to Goa. The video song is here on public demand as the audio track, which was released on April 2, received an overwhelming response from audiences on social media. 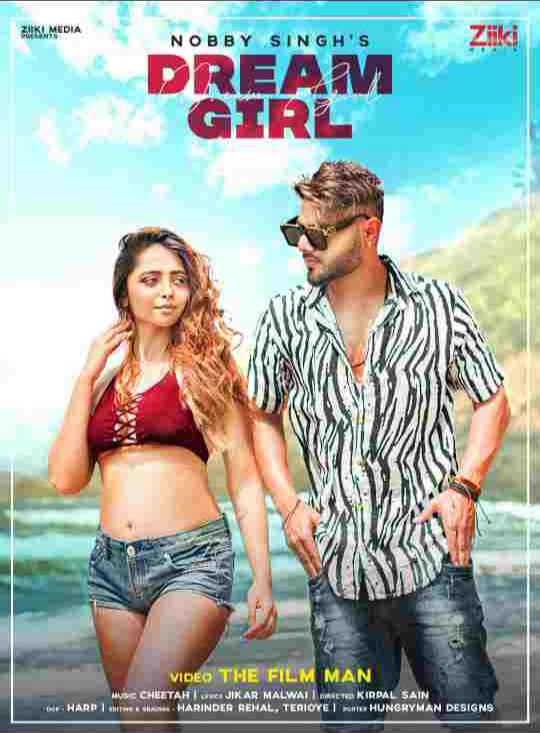 Nobby Singh is a fast-trending Punjabi singer who has lent his melodious voice to “Dream Girl”, a song that seems to connect with everyone who has ever desired a beautiful woman in his life.

The video song features Nobby Singh and Amanpreet Kaur besides the paradise of Goa. The song is available on all the major music platforms including Spotify, Jio Saavn, Gaana, Hungama among others.

The song already created hype among the audience as the signature dance step from the video song went viral on social media including Instagram and other platforms in no time. There are more than 2.5 million views on Instagram Reels, a platform that is creating a lot of traction these days.

Nobby Singh has grown not only potentially but his fast rising numbers on audio streaming platforms speak for themselves. He has around 600 percent growth on these platforms since the release of Dream Girl. Earlier, he had around 2,500 monthly listeners on Spotify while it has increased to more than 13,000 within 10 days and still counting.

Also, Nobby made it to the top 30 artists this week on Resso, an International audio streaming platform. Recently, the Punjabi singer had paid tribute to legendary singer Late Sh. Sardool Sikander Ji with an emotional track ‘Asin Jis Lai Duniya Chhad Ditti’. The song had received a lot of love from the audience across the social media platforms.

Nobby is the next big thing coming in the Punjabi industry, which is pretty clear with the kind of growth he is showing in the music arena. On getting a response from the audience, he said that he was feeling blessed that his songs were being loved and that people were loving him. “I’m thankful for all the love that people are showering on me,” he said.

Well, this is not it. Nobby is all set to bring some more tracks which are already in a queue. Currently, he is having around 3 songs in a pipeline out of which one is with Desi Crew while one is with Gurlez. In the meantime, you can go to the Youtube account of Ziiki Media and get on board the romantic ride to Goa with ‘Dream Girl’