Baaghi 2 movie has completed 2 days at the box office and the collections have witnessed a minimal drop of 20 percent. Tiger Shroff’s film has completed its day in a big way despite it was a normal Saturday. 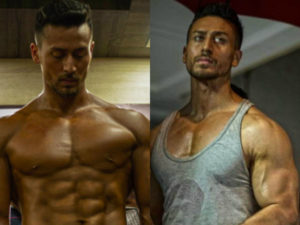 Made with around 65 crores budget, Baaghi 2 got released in 3500 screens. It has collected 25.10 crores on the first day and 20.40 crores on day 2. This takes the two days total to 45.50 crores. By looking at the current trend of Baaghi 2, this film will easily touch 70 crores in three days.

Interestingly, Baaghi 2 is doing amazing collections in single screen theaters as it is a massy film. In overseas, Baaghi 2 got released in 625 screens and collected 2 crores in Pakistan on day 1. It has collected 2.11 crores in UAE on the first day and 2.85 crores on the second day. It has seen a growth of over 34 percent in UAE and made a total collection of 4.97 crores.

Altogether, Baaghi 2 is all set to be a blockbuster movie for Tiger Shroff.