Salman Khan and Katrina Kaif starring Tiger Zinda Hai are doing decent collections in Russia. It was released in Russia on February 15, 2018, and till now the first weekend collections are confirmed. 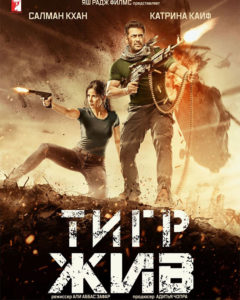 This film was being helmed by Ali Abbas Zafar, who has earlier directed Sultan for Salman Khan. This film also stars Angad Bedi, Paresh Rawal, Kumud Mishra and Girish Karnad in key roles.

Altogether, Russia is not a very strong base for Indian movies but still, there are Bollywood fans out there, who love mainstHindi films.