Aamir Khan is no longer just a Bollywood actor as he is now a global phenomena. His films are being appreciated across the world and now he is Hong Kong to promote Secret Superstar. 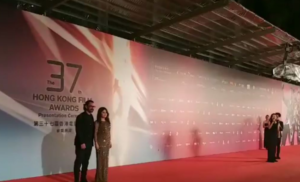 These 3 Films Made Aamir Khan A Global Bollywood Star

Before releasing in Hong Kong, there were several paid-previews held in the country. On the very first day of Secret Superstar release, it held the 4th position in Hongkong.

When Aamir Khan, reached in Hong Kong yesterday, he was warmly welcomed by the native people. On April 16, he attended the 37th Hong Kong Film Festival, where he presented the award for the best actor. This is not all, he even met Chinese star Jackie Chan in the event.

Aamir Khan went along with Zaira Wasim to promote his film in Hong Kong. The promotions will help the film to get more collections in the days to come. After Hongkong, Secret Superstar will also release in South Korea on April 29, 2018.

Altogether, Aamir Khan having a great time in Hong Kong to greet his diehard fans.