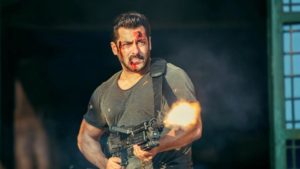 Rarely we see an action film running in the sixth or seventh week and that’s the magic of Tiger Zinda Hai. The heavy-duty action scenes are the strong story are the two keys of TZH success.

Directed by Ali Abbas Zafar, Tiger Zinda Hai worldwide collection could be around 559 crores. This film stars Salman Khan, Katrina Kaif and Angad Bedi in key roles. It was released on December 22, 2017.