Tiger Zinda Hai has completed 36 days at the box office in India. Till 5th week, it has earned a total of 335.56 crores. Well, TZH collection of 36th day was much better than expected due to Padmaavat protest in Rajasthan, Gujarat and Madhya Pradesh. 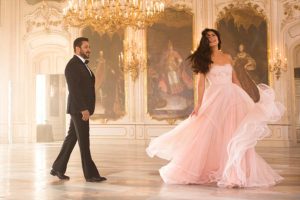 Tiger Zinda Hai is still doing amazing collections despite its clash with new release Padmaavat. The Padmaavat protest has helped TZH in a big way at the box office. Till the fourth week, Salman Khan film holds around 850 screens but later it got decreased in the fifth week. Even in the 6th week, there is a drop in the screens but still has enough screens to shatter the trade record of PK, which is 337.72 crores.

Released on December 22, 2017, Tiger Zinda Hai is the biggest ever hit of Bollywood last year. It has collected a worldwide total of 558.08 crores in just 5 weeks. Directed by Ali Abbas Zafar, Tiger Zinda Hai can even cross 340 crores nett total in its lifetime run.