One of the costliest Bollywood film Padmaavat has completed Day 2 at the box office in a big way. Due to Republic Day on the second day, this film has crossed 30 crores collection. 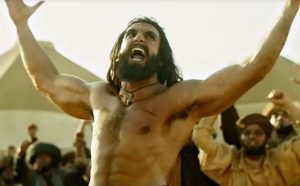 It has earned over 12 crores gross in overseas market on the first day. The second day overseas collection was 22.8 crores gross. This makes two days overseas total to 33.8 crores, which is incredible. Made with a 200 crores budget, this film didn’t released yet in Gujarat, Rajasthan and Madhya Pradesh but still it did amazing collection in other Indian circuits. If this film would have released in these above states, than the second day collection would have been over 40 crores on day 2.

Due to the protest over Padmaavat in several states, this film has till now lost over 16 to 17 crores in two days. In spite of all the hurdles, Padmaavat movie is all set to be a promising hit at the box office.