One of the most awaited films of 2018 is Shah Rukh Khan starring ZERO, yes it is the official name of this film. The makers has announced the name of this film on January 1, 2018 and the release date is December 21, 2017.

This is certainly the best surprise for Shah Rukh Khan fans on January 1 but the problem is, this film will clash with Kedarnath movie. Yes, you heard it right, SRK starring Zero will face a big clash with Sushant Singh Rajput’s Kedarnath movie, which is also slated for release on December 21, 2017.

Directed by Abhishek Kapoor, Kedarnath is also the debut film for Sara Ali Khan, who is the daughter of Saif Ali Khan. This film is a romantic tale with a spiritual take. Since the announcement of the release date of Kedarnath, everyone was talking about its clash with SRK’s tentatively titled Dwarf. And, now it is officially confirmed that the Clash is ON. 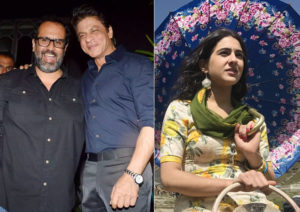 Helmed by Aanand L Rai, Zero movie also stars Anushka Sharma, Katrina Kaif in key roles. Aanand has already given us hits like Tanu Weds Manu and Tanu Weds Manu Returns. So, it is clear that, this film will also be a blockbuster hit.

Altogether, ZERO versus Kedarnath clash will be a treat for the audience to witness on December 2018.

Watch also: Tiger Zinda Hai Will Be First Bollywood Film To Cross 100 Crores At Overseas In 11 Days In 2018