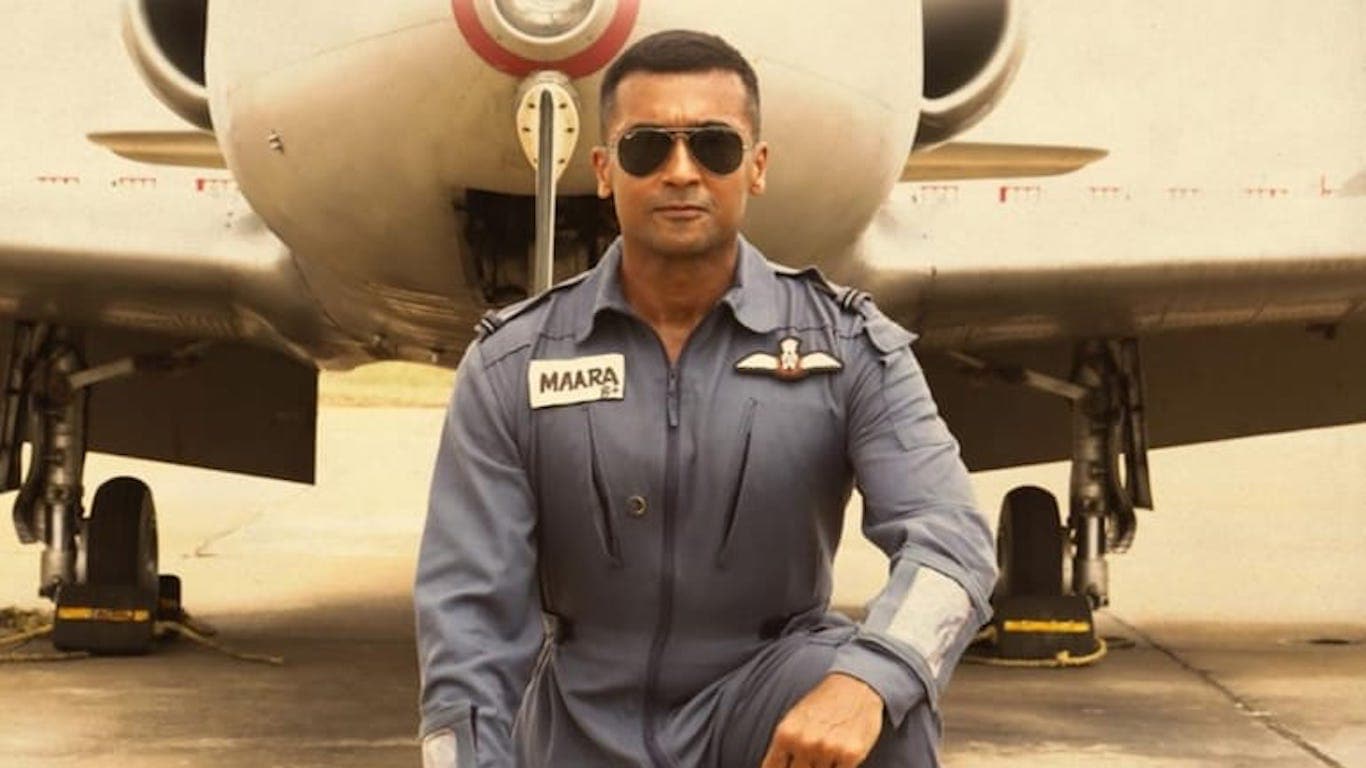 This film story has been hugely inspired by Airline company Air Deccan and its founder G R Gopinath. Suriya essays the role of Maaran who wants to start his own airline but faces difficulties to get an approval of the loan. Even, he faces hurdles to get a license to start his own airline. Will he able to do that and make his dream come true is what the story follows.

There is a scene in this film that has melted my heart. Maaran’s dad is ill and wants to see his son on the very last time. on the death bed. His son, who is in Airforce, couldn’t able to come to see his dad on time as he couldn’t able to afford the business class ticket price of airplane. When he reaches his hometown by road, his father had already dead. The intermission scene is another heart breaking scene where Paresh aka Paresh Rawal, owner of Jaz Airlines, destroys Maaran and stole his idea.

There is a right amount of emotions and pain in Soorarai Pottru and you couldn’t keep your eyes away from Suriya. For his performance, Suriya definitely deserve a National Award. Suriya’s 38th film Soorarai Pottru will be a landmark in his career.

This film also stars Aparna Balamurali as Bommi, Paresh Rawal, Mohan Babu, Urvashi and many others.

The budget of Soorarai Pottru is reportedly around 15 crores. One thing is sure, if this film would have released in theaters it would have easily grossed 100 crores in India.

The early critics ratings are out now and it has been rated around 3.5 to 4 stars out of 5. This film is also getting rave reviews from the audience and it is a perfect Diwali treat for fans.

Performances: You can’t keep your eyes away from Suriya. Paresh Rawal also gave a strong performance in this film. Even, Aparna surprise us with her sweet and emotional act.

This film has been produced by Suriya and Guneet Monga. Soorarai Pottru has been directed by Sudha Kongara and I am impressed with her direction. She has a long way to go. The music has been given by G V Prakash Kumar. The editing has been done by Sathish Suriya and the cinematography has been done by Niketh Bommireddy. I personally liked a scene where Suriya races with an air flight, that scene has been beautifully shot by the cameraman.

Altogether, Soorarai Pottru heart is at the right place and it’s a must watch film for every one. This film gives us a hope that if you dream big, you can also achieve it with your hard word and constant struggle.