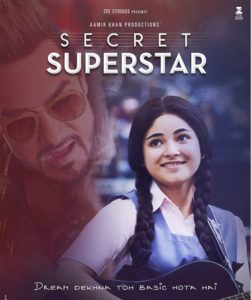 By looking at the collection figures, it will soon cross the 500 crores gross collection in China. On the 9th day, Zaira Wasim starring film has given a tough fight to Hollywood new release in China, Maze Runner: The Death Cure, which has earned $ 7.70 million (48.96 crores) on day 2. The way, Secret Superstar is heading in China, it can easily overpower new releases.

Aamir Khan, who is the most popular star in China, is currently in the neighboring country for the Secret Superstar promotions. He has a strong connection with the Chinese audience, who have also loved Dangal movie in 2017.

Altogether, Secret Superstar is doing strong collection even in the second week.