Bollywood superstar Salman Khan, who is currently at his Panvel Farmhouse, celebrated Raksha Bandhan peacefully along with his family. Lately, Bhaijaan has shared a photo on Instagram wishing everyone a happy Raksha Bandhan. 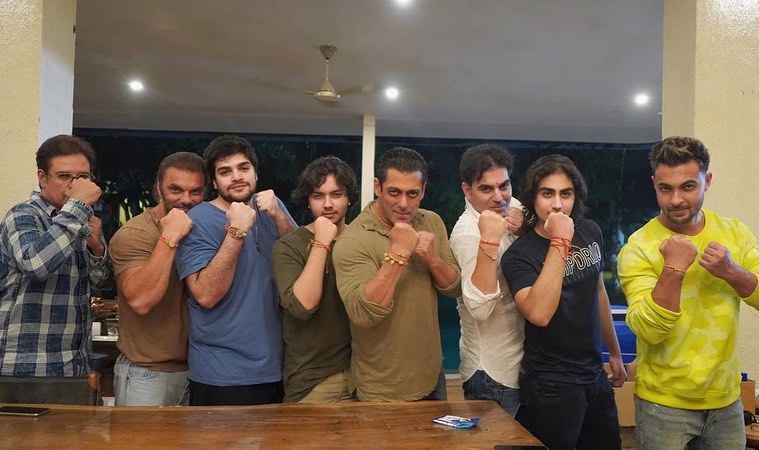 Salman has shared two photos where you can see him along with his family members gazing their look at the camera and displaying their Rakhi. In the picture, you all can easily notice Salman along with Arbaaz Khan, Atul Agnihotri, Sohail Khan with their kids, Aayush Sharma, and few others.

Over the years, Salman celebrate EID, Ganesh Chatruthi, Diwali, Raksha Bandhan and other festivals with their family.

On the professional front, Salman has reportedly shot the promos of Bigg Boss 14 and the show is expected to go on floors from the end of September 2020. In terms of films, his upcoming Radhe might get released in the first half of 2021 and his next Kabhi Eid Kabhi Diwali might get a year end release next year.

What are your thoughts on this news story? So let us know in the comments.