Bollywood movies are often finding themselves in a clashing situation at the box office. Most of the film producers try their best to avert the clash but sometimes they don’t have another option rather than a clash. Luckily, Fanne Khan and Race 3 clash are averted. 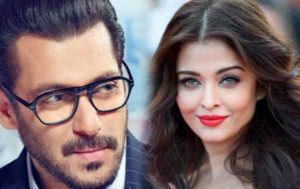 Recently, Fanne Khan makers have confirmed the news that their film is slated to hit the theaters on July 13, 2018. Earlier, the producers were ready to clash their film with Salman Khan’s Race 3 but now they have delayed it from June to July 2018. Fanne Khan stars Anil Kapoor, Rajkummar Rao and Aishwarya Rai Bachchan in key roles.

On the other hand, Race 3 movie is all set to hit the theaters on June 14, 2018. Recently, Salman Khan has wrapped up the shooting of Bangkok schedule, where he is doing the climax scenes. Race 3 shooting is currently on the final leg and the shooting will be wrapped by the end of March.

It is the first time, Salman Khan is working with Remo D’souza, who has earlier helmed movies like Faltu, ABCD, and A Flying Jatt. This film also stars Jacqueline Fernandez, Bobby Deol and many more.

Altogether, Salman Khan film Race 3 will do a strong business without a clash at the box office.

What are your thoughts on this story? Do let us know in the comments.