One of the most awaited films of 2018 is Salman Khan starrer Race 3. At the latest, Remo D’souza has revealed on Instagram that Race 3 trailer is set to release on May 15, 2018. Apart from that Salman Khan has officially confirmed the news on his twitter.

#Race3 Trailer Officially Confirmed By #SalmanKhan Himself On May 2018. Here are the link to the detailed article on Race 3 https://t.co/pSvopWTiIb pic.twitter.com/x1P8txKXCK 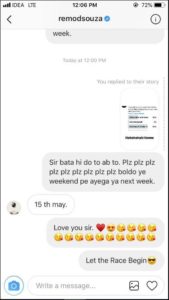 Directed by Remo D’souza, Race 3 is a sequel to Race (2008) and Race 2 (2013). This film will also have the same theme of thriller-revenge. The earlier two films were being directed by Abbas-Mustan, starring Saif Ali Khan in main lead. This popular francise will now release Race 3 with Salman Khan as the leading man and Jacqueline Fernandez as the leading lady. This film also stars Anil Kapoor, Bobby Deol Saqib Saleem and Daisy Shah in key roles. 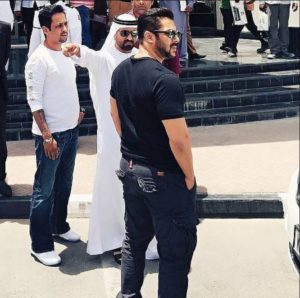 Altogether, Race 3 is all set to be one of the biggest hits of Bollywood in 2018.