Avengers: Infinity War is about to touch 200 crores nett collection in India. So far, this Hollywood film has completed 12 days at the box office and it has grossed over 250 crores. 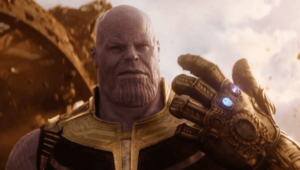 Avengers: Infinity War is on its way to cross 300 crores gross collection in India. It has already become the highest ever nett grosser of Hollywood film in India as it has beaten The Jungle Book collection of 188 crores nett.

It is an incredible feat to achieve in India in such limited screen count. This is a true power of a movie which entertainer all-age groups people. It has already become the 15 highest worldwide earning movie of all-time. It is slated to hit the Chinese screens on May 11, 2018 and will certainly give tough competition to Baahubali 2 in China, which released on May 4, 2018.

Altogether, Avengers: Infinity War is more of like a festival film in India and will soon cross 300 crores gross.