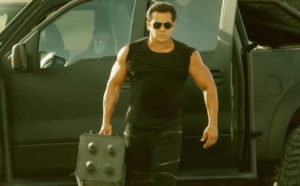 Well, Race 3 gross collection is around 134 crores gross in India. In overseas market, Salman Khan film has collected around 52 to 53 crores gross. This makes the overall worldwide total to 186 to 187 crores. In overseas, Race 3 has performed brilliantly in UAE, where this film has performed the second best earning of all-time in first weekend.