Race 3 has passed from the Censor Board without any cuts and it is all set to release on June 15, 2018. It is being confirmed that Race 3 got UA certificate from the Board. 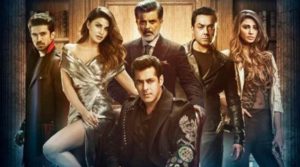 Did Salman Khan Gets 6 Times Bigger Pay Than Other Race 3 Actors?

Race 3 buzz is similar to Tiger Zinda Hai and it might create the same magic at the box office on Eid 2018. This is the third part of Race franchise, the earlier two parts were released in 2008 and 2013. In the earlier two parts, Saif Ali Khan essayed the lead role but in Race 3 it will be Salman Khan.

This time producer Ramesh Taurani signed new director Remo D’souza instead of Abbas-Mustan. So, this film will be totally different and unique as compare the the earlier parts. Well, the theme of Race 3 hasn’t changed at all and it will be similar to the first two parts.

Altogether, Race 3 censor certificate assures that it will release smoothly across the world.