Padman is one of the best films of 2018 if we take a note on its story and message. Akshay Kumar has once again proved that he is the Mr. Bharat of Bollywood, which was mostly referred to Veteran actor Manoj Kumar, for making patriotic movies. Anyways, Padman has completed 2 weeks at the box office with a decent run. 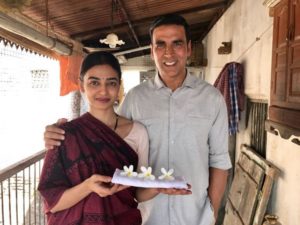 In the first week, Akshay Kumar starring film has earned 62.87 crores. In the second week, it has collected just 13.78 crores. The 14th day earning was 1 crores approximately. If you take a look at the first and second-week collections, there is a drop of over 70 percent, which is very big. Normally, films drop 50 to 60 percent or maximum 65 percent but this film has seen a big fall in the second week.

The contest was good but the screenplay had some flaws. Even such stories are not being liked by single screen audience, mainly in the second and third-tier cities. These are some of the key reasons why Padman fails to cross 100 crores at the box office.

Interestingly, Padman has made over 100 percent profit, which means its budget was less than 40 crores. It might not be a super hit film but it is certainly a profitable venture. Directed by R Balki, this film also stars Radhika Apte and Sonam Kapoor in key roles.