Salman Khan, who is currently resting at his Panvel farmhouse at the outskirts of Mumbai, will soon be essaying the role of Devil in Sajid Nadiadwala starrer Kick 2.

The first part Kick was released in 2014 and went on to become one of his big hits. The high-octane actions and the powerful performances are still etched in the fans mind. The songs Jumme Ki Raat and Hangover are still in the memories of Bollywood lovers. The film made with a lavish budget of 140 crores plus and raked around 231.85 crores nett lifetime.

Interestingly, it was the first directorial project of Sajid Nadiadwala who will again be seated on the director’s chair. Lately, Sajid’s wife Warda S Nadiadwala has revealed an important detail about Kick 2. 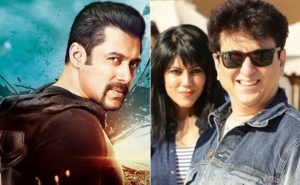 In a conversation with one of the Bollywood critics Faridoon, Warda Nadiadwala said, “He (#SajidNadiadwala) feels till the time the story touches my heart, he wants to take #Kick2 on another level. Yes, work is in progress, he is writing Kick 2, kaam chalu hai…”

With this conversation, we could hope that Kick 2 will go on floors after Kabhi Eid Kabhi Diwali in 2021 and may release in 2022.