KGF Chapter 2, whose final leg shooting has been started from October 7, 2020, is now on a verge to wrap up the film by the month end. At the latest, the makers has released the new poster of KGF Chapter 2 on the occasion of Srinidhi Shetty’s birthday. 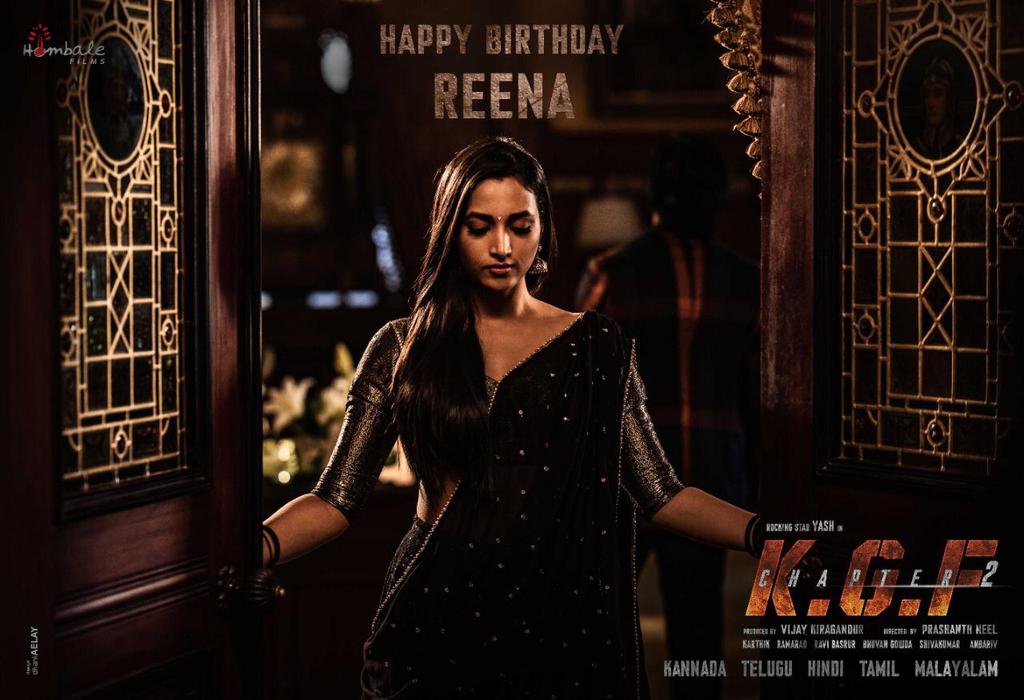 The producer of KGF 2, Hombale Films shared a tweet mentioning, “Can Love and Brutality Coexist…..? ❤️⚔️

In the latest picture of Srinidhi, she looks ethereal in black dress. The darkish shade look of her will make your heart pound for her.

Currently, the makers are shooting the film in Karnataka. Recently, we have seen the whole starcast of the film shooting a scene in one of the Bengaluru beaches.

KGF Chapter 1 released in December 21, 2018 and turned to be the biggest hit in Kannada cinema. It was also one of the highest grossing films of 2018.

Directed by Prashant Neel, this film stars Yash, Srinidhi, Prakash Raj, Raveena Tondon, Sanjay Dutt and many more. Earlier, KGF Chapter 2 was planned to release on October 23, 2020. Now, due to coronavirus issue, this film will be released in the first half of 2021.